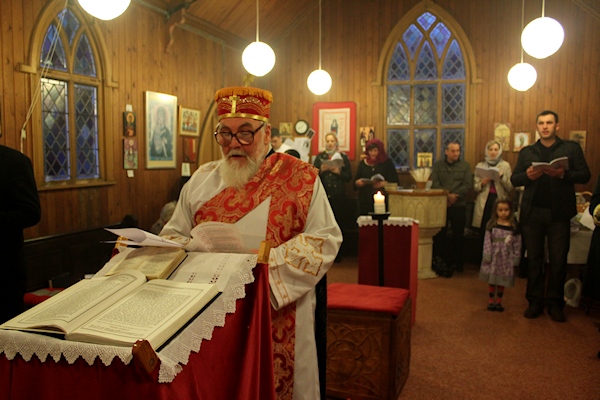 The traditional services of Holy Week and Pascha were observed by the British Orthodox churches and missions during the past week and reports indicate that they were all well supported. Father Simon Smyth reported that services were held in the three South Coast communities of Southampton, Portsmouth and Bournemouth from Palm Sunday evening to Holy Wednesday but thereafter came together at the Church in Bournemouth for Holy Thursday, Good Friday and Pascha Eve. Representing the local ‘Churches Together’ Father Robin Nash, priest in charge of St. Luke Winton, joined the local congregation for the Paschal Liturgy when he read the Pauline Epistle. On Holy Pascha, Father Simon held a forenoon service and administered Holy Communion to those who had been unable to attend the late night Liturgy, before conducting the usual Memorial prayers around the Orthodox graves in Winton Cemetery. 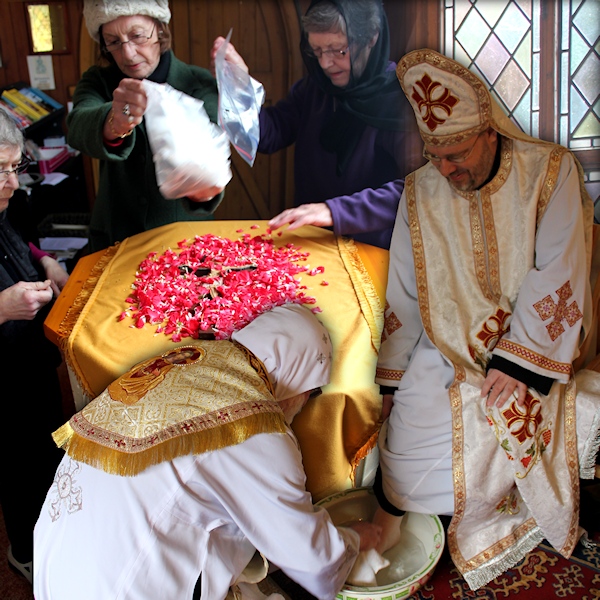 Abba Seraphim visited the Chatham Church on Holy Thursday, where he performed the Laquan Footwashing and celebrated the Liturgy before travelling to Babingley to preside at the Good Friday prayer and the Paschal Vigil and Liturgy, which took place at sunset, earlier than at Bournemouth, Chatham and Cusworth, which all began at 10.00 p.m. Before the Paschal Vigil Abba Seraphim baptised and chrismated Richard Tawn at St. Felix Church and, dressed in his white chrisom robe and having been given the new name of George, he was joyfully able to receive his first communion and warmly welcomed to fellowship. Abba Seraphim returned to London early on Pascha morning where he took the sacrament to Father Michael Robson at Morden College and to other elderly and sick members who had been unable to attend a liturgy the previous night. 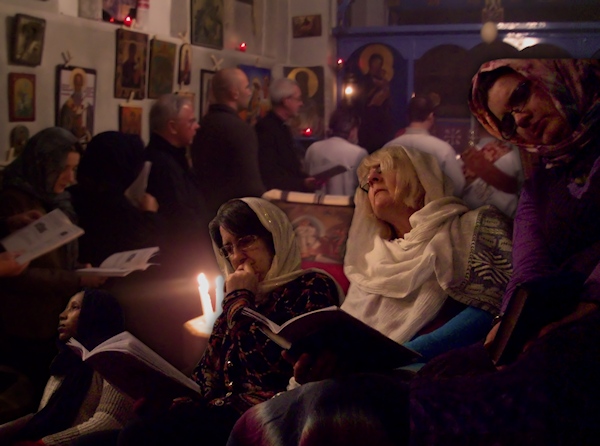 Abba Seraphim, Father Simon Smyth, Father David Seeds and Father Peter all preached on the Resurrection during their respective liturgies but in Bournemouth and Portsmouth the local deacons also took responsibility for preaching during Holy Week.   Always popular is the Good Friday Burial Service, where rose petals, herbs and spices are reverently offered by the women, who assist the clergy in preparing the cross for ‘burial’ and its transfer into the sanctuary. 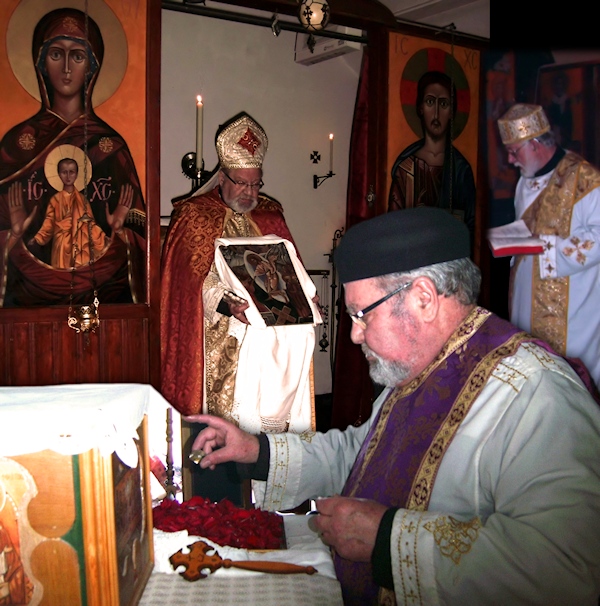 The services at Chatham and Cusworth were also well supported by their local congregations and all churches reported that they were joined by other ethnic Orthodox who were unable to attend their own churches. Although refreshments were provided in all churches following the Paschal Liturgy, many also brought baskets with traditional paschal dishes to have them blessed before returning with them to their homes.  Dyed and chocolate eggs were distributed among all the worshippers and always prove very popular with the children.

The fact that Holy Pascha falls within the forty days of mourning for the death of Pope Shenouda undoubtedly contributed to a reflective spirit in all the churches, and the prayers which are normally made for his life were now changed to those for his repose, but also for many this highlighted the common hope of the Resurrection which we all share and the deep joy we feel in proclaiming that Christ is Risen.