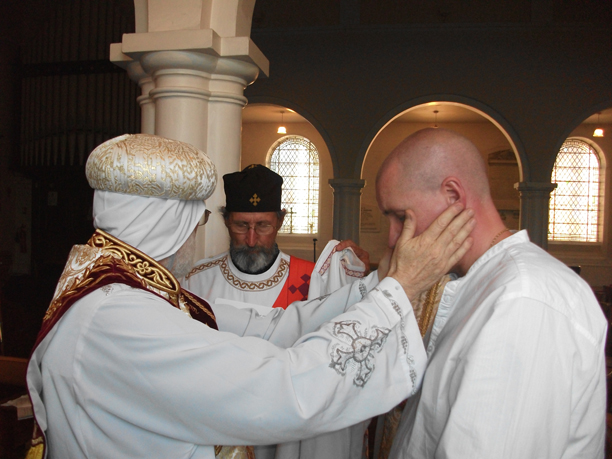 During the Liturgy Abba Seraphim received Tina Hammond as a catechumen, and then ordained Seraphim as a Reader. The members of the St Alban’s congregation who had been able to be at the Liturgy at Charlton were pleased to be able to spend time with Abba Seraphim, and the clergy and congregation of St Thomas’.