In company with his fellow pilgrims, Abba Seraphim, travelled from the cold mountainous regions of north-eastern Turkey to the warm southern lowlands leading to the plan of Mesopotamia. Stopping briefly at the Kurdish city of Hasankeyf, on the Tigris, they spoke with local people who face eviction from their ancient and historic city when the hydro-electric Ilisu Dam is constructed. This controversial project has met much opposition, both locally and internationally, but the Turkish government has pushed ahead relentlessly and is already building a new city, to rehouse the population, on the opposite shore. 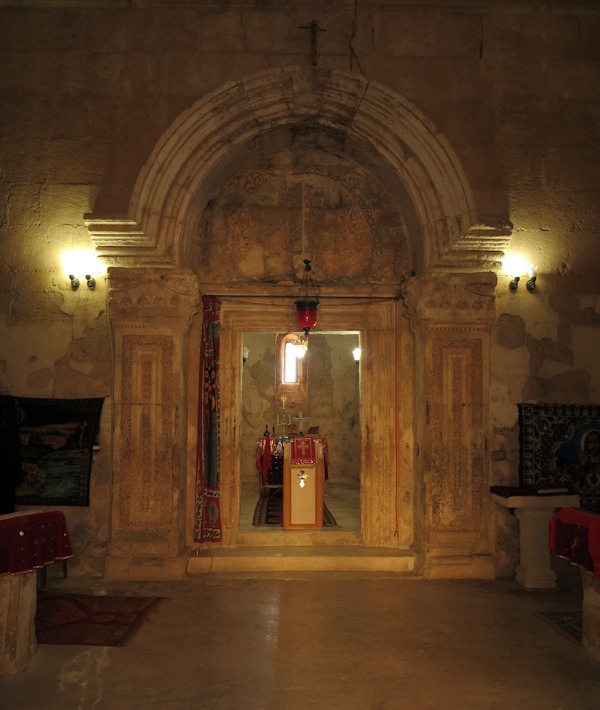 From here they travelled to Midyat, arriving at Mor Gabriel Monastery in time for tea. The entire party was warmly greeted by Mor Timotheos Samuel, the Archbishop of Tur Abdin since 1985. This was a return visit for several of the pilgrims but especially for Father Stephen Griffiths, who has been visiting regularly over the past sixteen years and now regards himself more as a member of the local community than a visitor. As members of the Tur Abdin Focus Group, Bishop Christopher of Southwark, Abba Seraphim and Father Stephen were able to discuss with Mor Timotheos the resolution of most of the claims on the monastery’s lands and the general state of the churches and monasteries around Tur Abdin. Over the next two days the pilgrims visited the early fifth century Monastery of Mor Yakub at Saleh; the 6th century Yoldath Aloho (Mother of God) Church at Hah, the recently excavated sixth century Mor Sobo Basilica and the little churches of Mor Shmuel and the former monastery of SS. Sergius & Bacchus (789). They were welcomed to Hah by its mukhtar, Habib Doghan. On returning to Midyat they visited the restored Mor Abraham Monastery, where land behind it has been given by the church to serve as a camp for Syrian refugees.  Whilst staying at Mor Gabriel, Abba Seraphim and the pilgrims attended the morning and evening offices in the main church as well as the celebration of the Divine Liturgy on 9 October. 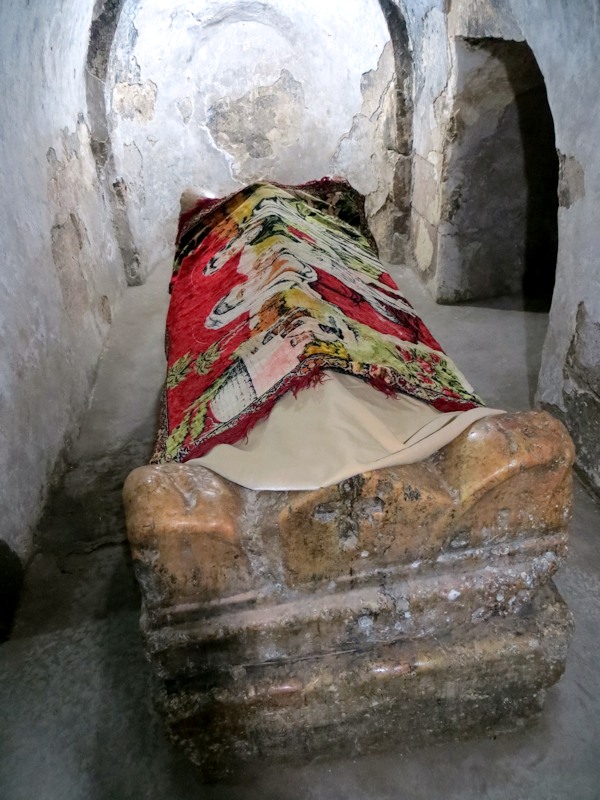 Leaving the monastery on the morning of 10 October they drove to the ancient monastery of Mor Augin, high up in the steep cliffs of Mount Islo, with its wonderful views across the Plain of Nusaybin. This had previously been deserted, but was re-opened in 2011 and now has three monks living there. It was wonderful to see this revival of the monastic life after an interruption of almost forty years. Descending to the plain the pilgrims drove to the bustling town of Nusaybin (the ancient Nisibis), some 10 km from the Syrian border. Recent archaeological excavations in the city centre have revealed a number of ancient buildings, including the Mar  Yakub Church, the centre of the famous Syrian Theological School, founded by St. James of Nisibis in 350, whose sarcophagus still stands today in the crypt. 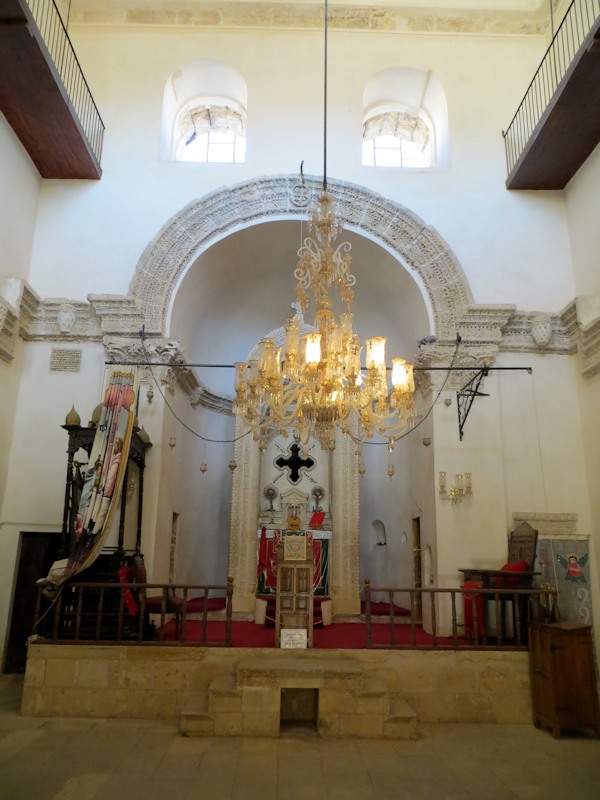 The party arrived at Deyrelzafaran (the Saffron) monastery, outside Mardin, on 10 October. Bishop Philoxenus had left that morning for a meeting abroad, but they were well received by Chorepiscopus Gabriyel Akyűz, the distinguished Syriac historian, author and poet. The historic monastery had been the seat of the Syriac Orthodox Patriarchs of Antioch from 1293-1932 and it is no secret that the Turkish government would like the Patriarch to leave Damascus and relocate back in Turkey. Although there are one monk and a nun, living with Bishop Philoxenus at the monastery, it is a well known tourist attraction and there are always many visitors from both Turkey and abroad. Whilst morning and evening prayers are maintained, it is not a fully functioning monastery as at Mor Gabriel and Mor Augin.

The following morning, Bishop Christopher celebrated an Anglican Eucharist in the main chapel at the monastery, which Abba Seraphim and Archimandrite Deiniol both attended. After that Father Gabiyel warmly received the pilgrims in the Forty Martyrs Church in Mardin (originally dedicated to Mor Behnam and Saro) in 569 and entertained them to tea in the former Patriarchal Residence in Mardin. From there they toured the Bazaar, the Museum (formerly the Syrian Catholic Patriarchate) and the Chaldean Catholic Church of Mor Hűrműzd.

They returned to London on 12 October.