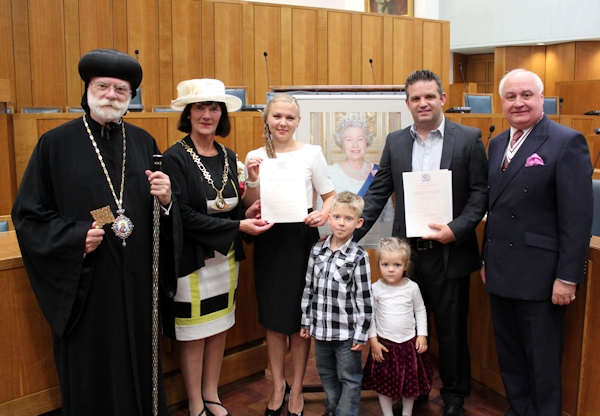 On 7 August Gabriel and Maria, members of the British Orthodox congregation of St. Felix at Babingley, became United Kingdom citizens. The ceremony, which took place in the Council Chamber of County Hall in Norwich, was presided over by Mrs. Hilary Cox, Chairman of Norfolk County Council 2013-14 supported by the Deputy Lord Lieutenant.

Gabriel was born in Lisbon in Portugal and Maria was born in Novgorod in Russia, but their two children, Daniel & Stephanie were both born in Norfolk. Abba Seraphim and Trevor Maskery both attended the Citizenship Ceremony in support of the family.