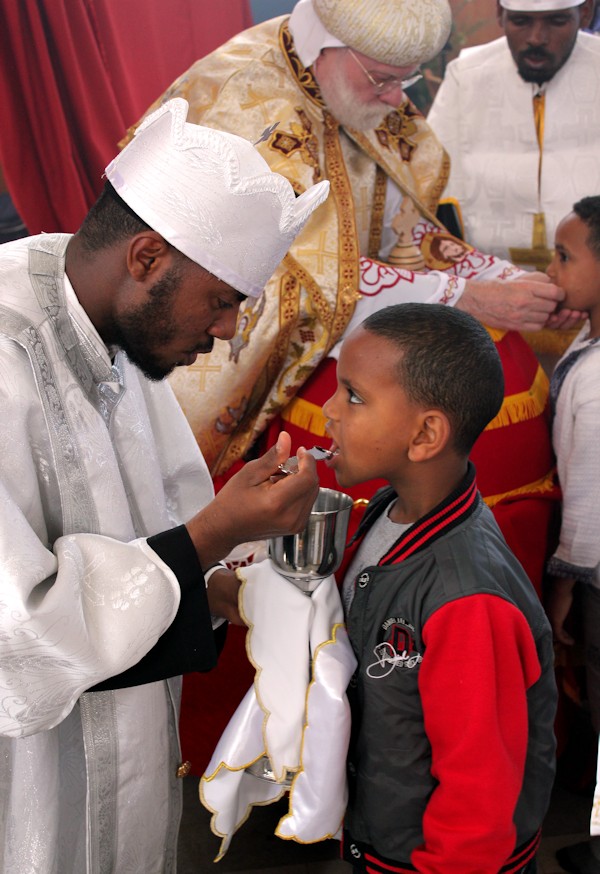 On 8 September Abba Seraphim celebrated the Divine Liturgy at St. George’s Church, Bridge Street, Newtown, Birmingham, at the invitation of Father Mulebrhan, the newly ordained priest for the local Eritrean Orthodox community within the Diocese of Europe, under His Grace Bishop Makarios. Assisting him were Father Mulebrhan and Father Yonas Tesheme from Sheffield as well as a  number of deacons.  Abba Seraphim preached on the Gospel of the day (Matthew XI: 1-20) to a large and devout congregation. Following the service and traditional religious songs and dances, Abba Seraphim spoke about his long association with the Eritrean Orthodox Church in the UK and answered questions from the congregation about the situation of the Eritrean diaspora following the uncanonical removal of His Holiness Abune Antonios, the Eritrean Patriarch, in 2006. This congregation remains loyal to the Patriarch, whom it continues to pray for in the diptychs. Thanks were also expressed to Abba Seraphim for his unwavering support for the loyalist Eritrean clergy and faithful. 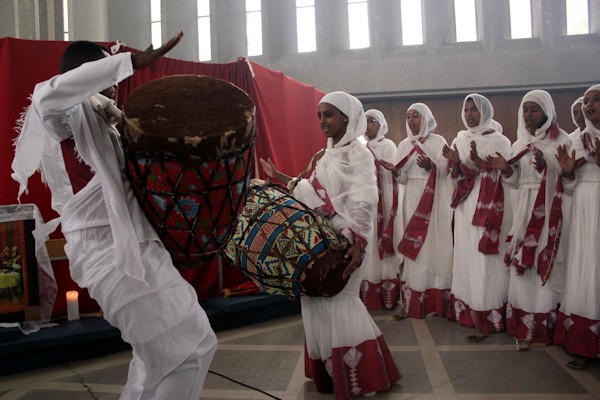