London Mission opens with a baptism 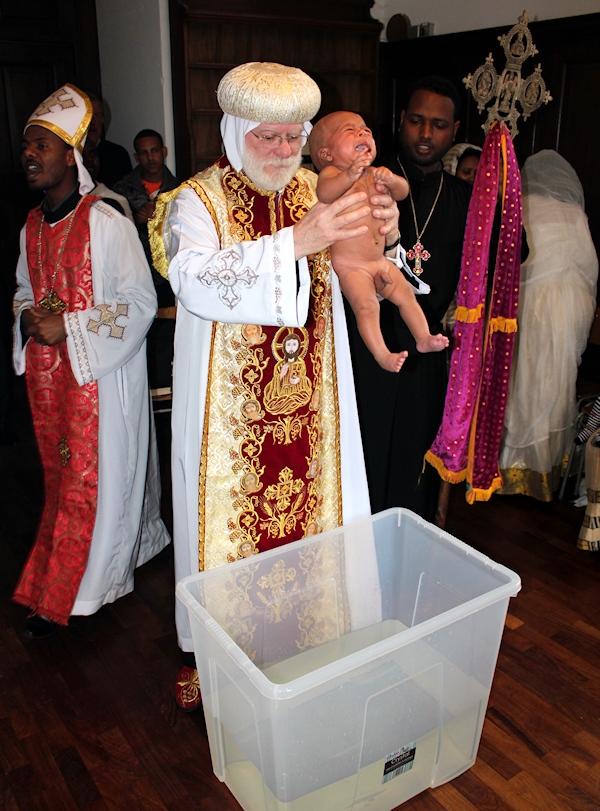 The first Liturgy to be celebrated for the new British Orthodox London Mission of SS. George & Paul the Hermit was preceded by a baptism.

On 31 March at St. George-in-the-East, Shadwell, Abba Seraphim baptised, Athanasios, the infant son of Father Yonas Tesheme, one of the priests of  the Eritrean Orthodox Diocese of Europe. 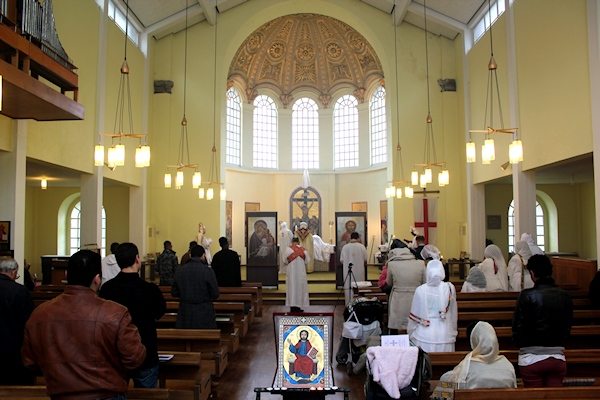 During the Liturgy Abba Seraphim was assisted in the sanctuary by Fathers Simon Smyth, Peter Farrington, Seraphim Mina and Yonas Tesheme with Subdeacon Michael Kennedy and Reader Daniel Malyon. Abba Seraphim preached on a text from the Gospel of the Day, “What do you want me to do for you?” (Mark X: 46-52). Canon Michael Ainsworth, Rector of St. George’s, joined the congregation and Abba Seraphim publicly expressed his thanks to him and St. George’s Church Council for their hospitality.  The congregation was a happy mix of British, Coptic & Eritrean Orthodox as well as visitors. Afterwards there was a lively time of fellowship with tea, coffee, biscuits and Ambasha. 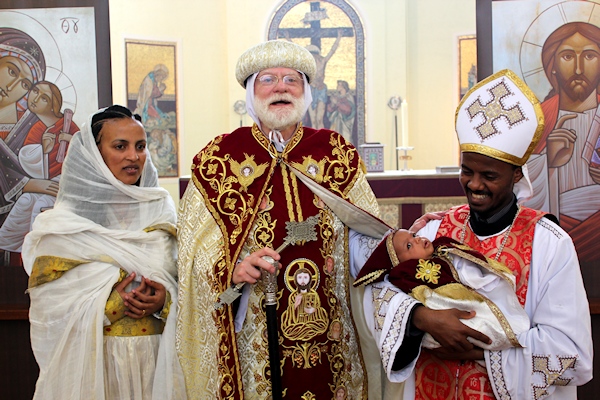 The next Saturday Liturgy will be on 5 May because of the Western Easter and Holy Pascha falling in April. At 7.30 p.m. on 12 April there will be the Ninth Hour Prayers of Holy & Great Thursday followed by a talk on prayer by Father Peter Farrington.