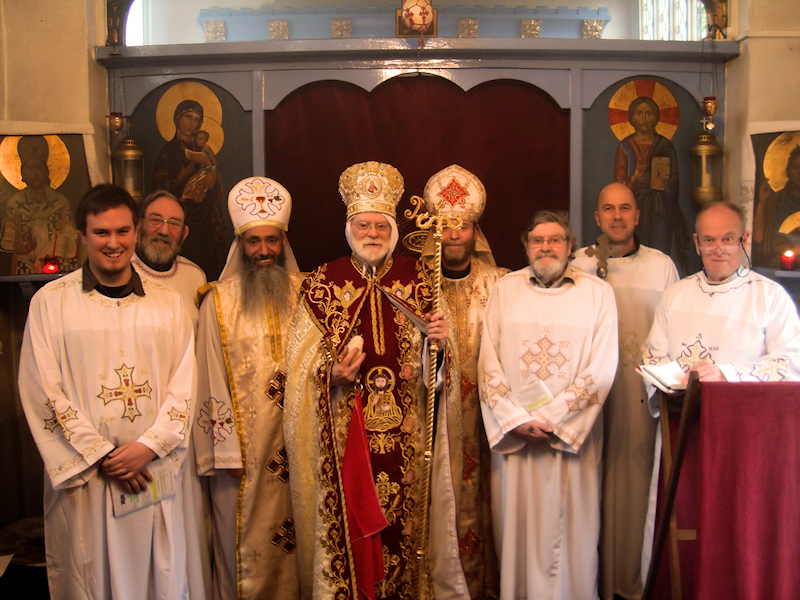 Abba Seraphim visited the British Orthodox Church of Christ the Saviour on 13 February to ordain three new Readers for the Bournemouth and Portsmouth congregations. Despite the heavy and almost incessant rain throughout the day, the morning Liturgy was well attended and those present were delighted to witness Daniel Malyon, Anthony-Paul Holland and Roger-John Morgan receive the clerical tonsure and to be ordained as readers. Assisting Abba Seraphim were Fathers Simon Smyth and Seraphim Mina as well as Nicolae Popa and James-Antony Kelly, two long standing Readers.

Whilst presenting them to Abba Seraphim for ordination Father Simon read letters of support including one from Mina Riwes of Washington DC, who had attended British Orthodox services at Bournemouth and Portsmouth whilst he was working in Britain last year and another from Father Marcos A. Marcos of St. Mark’s Coptic Orthodox Church, Scarborough, Toronto, who had received Roger-John into the Orthodox Church in Canada, who wrote, “Indeed they are worthy to join in the sacramental celebrations of our holy Church. On Sunday I will announce this news to our congregation and we will be sharing your joys singing  ‘Axios,Axios,Axios’ ”. Another message came from Negati & Safaa Banayoty, through whom Roger-John had come to know the British Orthodox Church in Bournemouth and who were later to  be his godparents. Daniel and Anthony Paul will largely serve at Portsmouth and Roger-John at Bournemouth, but as the two congregations are both under Father Simon’s pastoral care, they will often support both churches.

In his address Abba Seraphim spoke of the importance of the minor orders and their place in the ministry of the church and highlighted St. Paul’s injunction that “it is required in stewards that a man be found faithful”(1 Corinthians IV: 1-2) as well as the Lord’s promise to those who are faithful over a few things, “I will make thee ruler over many things” (Matthew XXV: 21).

A happy time of fellowship followed after the service and a buffet lunch was shared by those present. 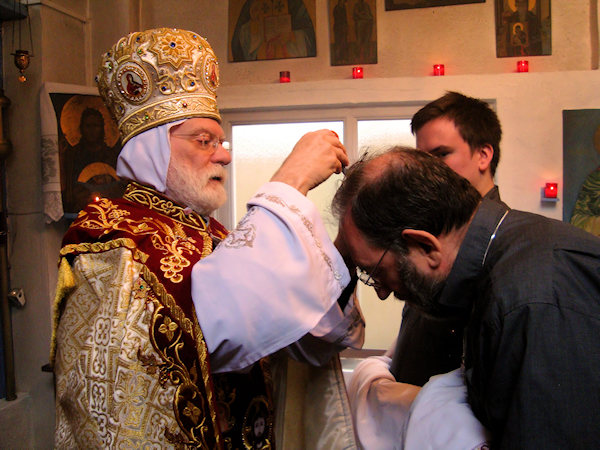