Amongst Orthodox Christians today, one of the most common terms used when discussing comparative Theology is “The West.” This will be used as all-encompassing term to refer to various Theological and political positions taken by Catholic and Protestant thinkers, especially targeting the Roman Catholic Church. Amongst the Byzantine community, the term is especially common when discussing anything which is not Orthodox or something which is the opposite in value to Orthodoxy. This term often used but never analysed to determine its accuracy.

The book Orthodox Constructions of the West is a collection of essays from contemporary Historians and Theologians which seeks to analyse and deconstruct the mythologies created by Orthodox polemicists regarding the ‘folk devil’  concept of the West. This is achieved through a deep analysis of the historical conflicts between Christian communities in the past and the ways in which this contributed to this cultural split and the way in which it has been expanded through the ages by writers. Some of the articles which were extremely interesting were The Orthodox naming of the Other and The image of the West in Contemporary Greek Theology as well as various writings on the subject of ‘The West’ from the perspective of political science.

A key strength of this book is that it is a positive step in opening reflecting on the use of folk devils in the Orthodox community and shows the academic challenge to the growing market for polemic writings. As Dr Peter Bouteneff explains, it “represents a significant step in the direction of self-reflection and self-criticism” which Orthodox writers have lacked over time. This strength of the book as a scholarly analysis of this issue of east/west relations makes it an interesting read for the academically minded who feel frustrated by ongoing polemics under the guise of Theological correctness.

On the other hand, the understanding tone of the text is sometimes too generous to the point of severely understating issues. An example of this is the discussion of the reading of St Thomas Aquinas amongst early modern Russians, seeing the positive way in which they read him as a demonstration of Theological acceptance. This approach ignores the theological issues wmerging from the reading for the sake of amicability. This may put many off reading this, seeing the text as simple ecumenist writing, leaving the book’s credibility damaged regardless of the clear scholarly benefits it provides as a whole.

Overall, Orthodox Constructions of the West is a well compiled collection of texts which allow for an open and scholarly dialogue to develop between Orthodox Christians and Catholics on the so called ‘East-West divide.’ It provides a useful resource when looking at the complicated history of the use of ‘The West’ to mean the essence of ‘the other’ and a fascinating multi-faceted analysis of this, from the political to the Theological. Though I would not recommend the book to the average reader, it is an interesting source for Orthodox academics who wish to verse themselves in the complexities of this issue.

There are many introductions to Orthodox Christianity available in the English language today, covering the vast history of the Church and quoting various saints and sources to support their position. The most famous of these is Metropolitan Kallistos’ The Orthodox Church, which covers both the history of beliefs of the Church in a way which covers all key elements. Though even his books has a flaw, which Samuel Nobel addresses in the Introduction to The Orthodox Church in the Arab World. As Noble states, “The Chapter Entitled ‘The Church under Islam’ begins with the Ottoman conquest of Constantinople in 1453, with not the slightest hint that three Patriarchates had been under Islamic domination for more than eight centuries prior to that date.” And Noble highlights the same issue with various other texts.

It is in this respect that Noble and Trieger’s text comes as a breath of fresh air to any reader with an interest in reading about the experience of Christians in the Arab world before the 16th century. Noble has been able to collect and translate a collection of texts spanning the 1000 years between 700 and 1700, giving a sense of a diverse experience and collection of genres of writing produced by Christians in the Arab world during this time.

In my view the book is a great stride in our understanding of the experience of Arab Christians in the Middle Ages, with such texts as The Disputation of the Monk Abraham of Tiberius and Paul of Antioch’s Letter to a Muslim Friend demonstrating the interaction between the Christians and Muslims of the time, as well as other texts showing the forms of Apologetic technique being used, including the use of the Qur’an by Christian clergy to debate Muslims and explain the Orthodox faith in terms which they could understand. Noble’s translation of these texts allows for this experience to come to light for the first time and, in doing this, opens up a field of analysis of this intercultural dialogue at a time when Christian-Muslim relations are a heated topic in the context of the MENA region.

A weaker point of the book is the lack of analysis of relations in areas such as Egypt and the non-Chalcedonian Orthodox tradition, largely due to the author’s area of study being based around the Chalcedonian Orthodox community. This means that the book does not allow for a study of relationships between the two Orthodox communities in the Middle East at the time, though the stud of the Coptic Community in the context of the various caliphates has been an object of study by Medievalists and Egyptologists over the years already.

In conclusion, Noble’s text provides a rare and wonderful glance into the Orthodox Church in the Arab World and fills a long neglected void in Scholarship regarding the Christians of the Middle East and the Arabic Christian community. The translation of these texts also allows for a peek into the various interactions between Christian and Muslim in these areas and the fascinating apologetic tradition which emerged from this. Noble has done a great service to Christian Scholarship in producing this text, which will hopefully open the eyes of others to this untapped area of study. 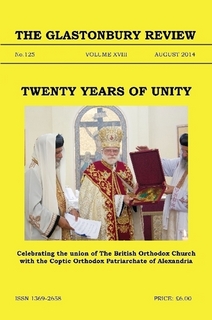