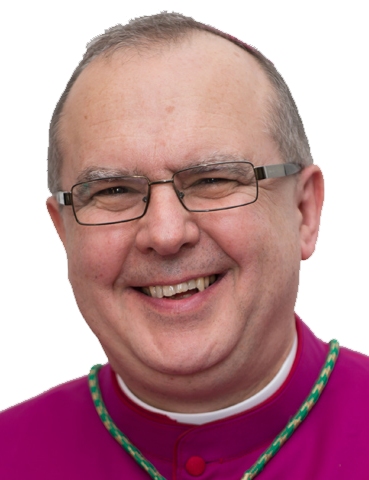 Orthodox clergy were among the large congregation assembled in Pugin’s impressive Catholic Cathedral in Birmingham, dedicated to St. Chad, on 13 May, to witness the episcopal consecration of the Oxford Oratorian, Father Robert Byrne, as Auxiliary Bishop of Birmingham with the titular see of Cuncacestre (Chester-le-Street). The principal consecrator was Mgr. Bernard Longley, Archbishop of Birmingham, assisted by a large number of co-consecrators. His Eminence Vincent, Cardinal Nichols, preached the homily. This was the first consecration of an Oratorian priest in England since 1874. As Father Robert had previously been serving as Secretary to the Catholic Bishops’ Conference Department of Dialogue and Unity as well as co-secretary of the Catholic-Oriental Orthodox Regional Forum there were many friends and colleagues from other Christian traditions. Among the Orthodox present were Archpriest Stephen Platt (Moscow Patriarchate), General Secretary of the Fellowship of St. Alban & St. Sergius, His Grace Bishop Angaelos, Metropolitan Seraphim and Father Peter Farrington.  Following the service luncheon was served at Oscott College.