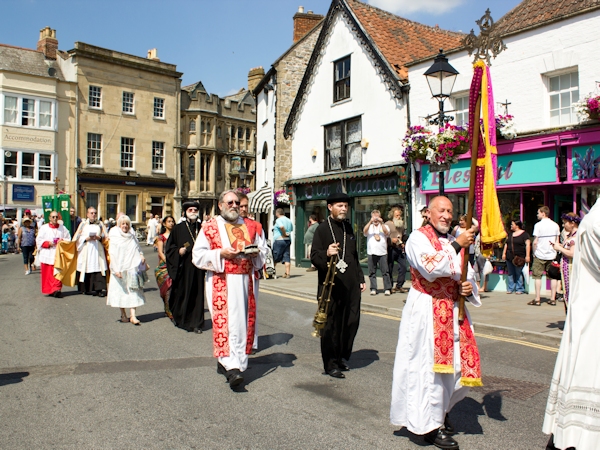 As in previous years, clergy and laity of the British Orthodox Church joined the annual Anglican Pilgrimage to Glastonbury, on 21 June. By tradition an Orthodox liturgy is generally celebrated in St. Mary’s Chapel (the Undercroft) on the morning of the pilgrimage, by Eastern Orthodox and Oriental Orthodox in alternate years. 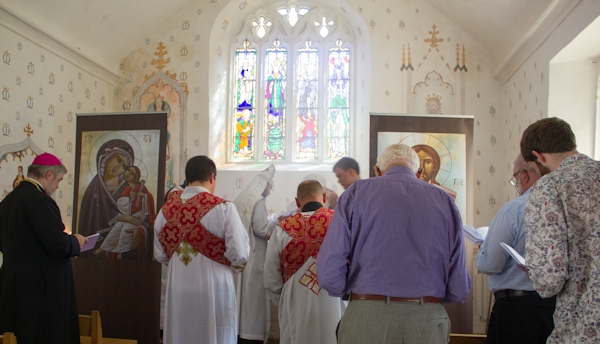 Abba Seraphim was this year’s celebrant, but as an archaeological dig in the Undercroft was over-running schedule, the Liturgy of Saint James was celebrated in the adjacent St. Patrick’s Chapel. Assisting Abba Seraphim were Father Simon Smyth, Deacon Daniel Malyon and Subdeacons Paul Ashdown, Anthony-Paul Holland and Trevor Maskery. Abba Seraphim and his clergy later attended the Anglican Eucharist and afterwards joined the Procession of the Blessed Sacrament to the Abbey. The principal celebrant was The Right Rev’d Bishop Roger Jupp, Chairman of the Glastonbury Pilgrimage Association, who warmly welcomed Abba Seraphim and his people, and the sermon was preached by The Right Rev’d Jonathan Goodall, Bishop of Ebbsfleet, who also attended the Liturgy of Saint James.  The day was further blessed by especially clement weather. 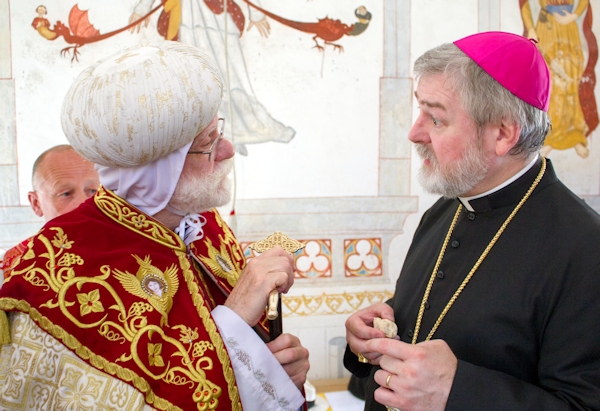