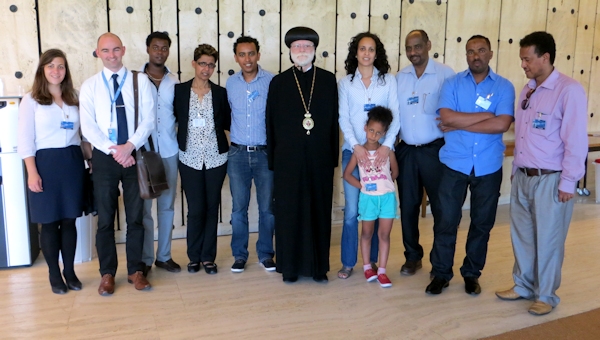 On 16 & 17 June, Abba Seraphim attended the 26th Session of the United Nations Human Rights Council at the Palais des Nations in Geneva. This is organised under the auspices of the Office of the High Commissioner for Human Rights. On 17 June he was one of a panel of witnesses who spoke at an NGO meeting on “Human Rights in Eritrea: The Impact of Gross Human Rights Violations on Vulnerable Groups within Eritrean Society.” Abba Seraphim specifically addressed the topic of Religious Persecution in Eritrea. This was sponsored jointly by Amnesty International, Christian Solidarity Worldwide (CSW), Human Rights Watch, the East & All of Africa Human Rights Defenders Project, Human Rights Concern Eritrea, the International Fellowship of Reconciliation (IFOR) and Civicus (World Alliance for Citizen Participation) and moderated by Matthew Jones of CSW. 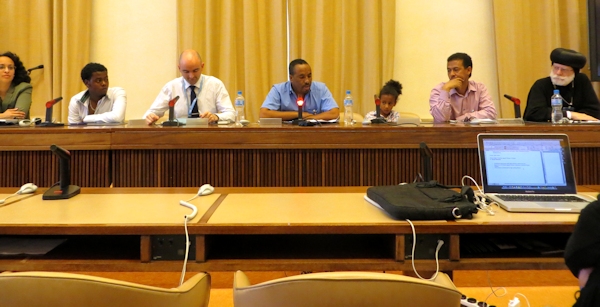 In addition to representatives of various governments and others involved in human rights, there was also present Ms. Sheila B. Keetharuth, the first Special Rapporteur on the situation of Human Rights in Eritrea, who was appointed in October 2012 and is currently presenting her second damning report. 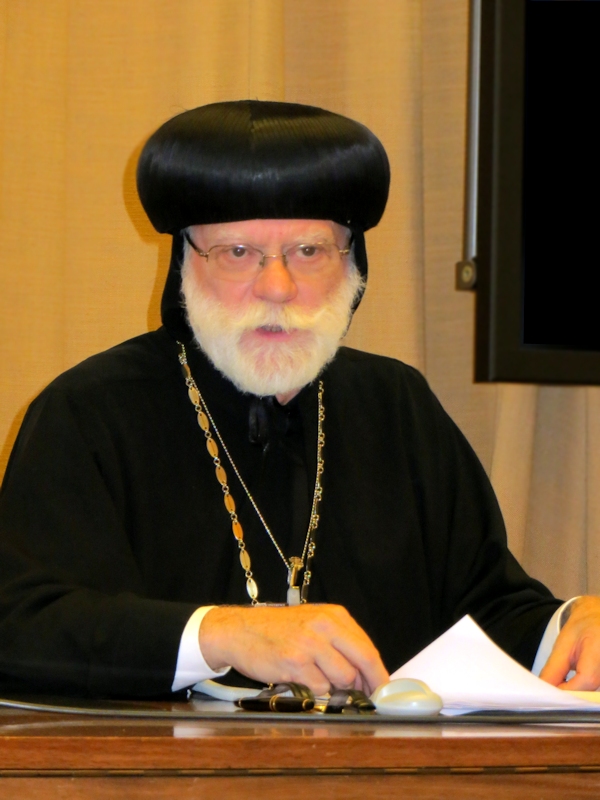 In his address Abba Seraphim recounted his close involvement with the Eritrean Church in the diaspora over two decades and the steady increase in government interference in the affairs of the Orthodox Church, culminating in the uncanonical deposition of Patriarch Antonios in 2007. He traced the efforts of the Asmara government to divide and control the church communities in the diaspora and spoke of the principled support given by the late Pope Shenouda and the courage of Bishop Makarios and the priests who remained loyal to their Patriarch. Referring to the recent pastoral letter, “Where is your Brother” issued by the four Catholic bishops of Eritrea, Abba Seraphim said, “One cannot but admire the integrity of the Catholic bishops, who at great personal risk have spoken honestly about the situation in their country. Any hope that the Orthodox Church would respond in a comparable way was lost when Patriarch Antonios was silenced and the Holy Synod became a subservient mouthpiece of government policy. As the most high-profile victim of state oppression, Patriarch Antonios’s continued imprisonment and enforced silence are in fact eloquent testimony against tyranny and injustice. Yet for all his symbolic importance this mild old-man, in indifferent health, has been held unjustly in detention now for more than seven years – as have so many others – and the responsibility for this wilful oppression and other atrocities can be clearly attributed to the Eritrean government. If civilised people fail to condemn such actions and to work for humanitarian relief of its victims, they too share in the complicity of the oppressors. “