Following Holy Pascha, at the invitation of His Grace Bishop Kyrillos, Bishop of Milan and Papal Deputy for All Europe, Abba Seraphim and the priestly members of the Synod of the British Orthodox Church, travelled to Northern Italy for a retreat in the Coptic Orthodox Diocese of Milan. 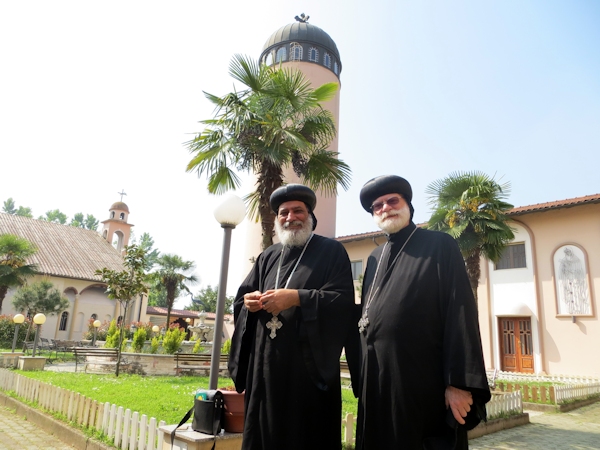 Arriving in Milan on 22 April, Abba Seraphim and Fathers Simon Smyth, David Seeds and Peter Farrington, were received at Linate airport by Bishop Kyrillos and clergy, who accompanied them to St. Shenouda the Archimandrite Monastery at Lacchiarella. The next morning, being the traditional British date for the celebration of St. George’s Day, Abba Seraphim and his clergy celebrated the Divine Liturgy of St. James in the presence of Bishop Kyrillos, some of his priests and the monks of the monastery. Later, accompanied by Father Raffaele Gebrail, they were entertained to lunch in Milan with Engineer Salama Salama before being accompanied by Father Antonios Ava Shenouti on the train to Venice, where they dined with Bishop Kyrillos. 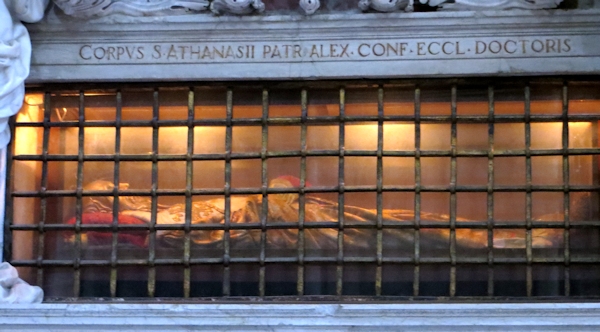 The next day, accompanied by Father Antonios, they visited the Basilica of St. Marco and prayed at the tomb of the saint at the high altar. They then visited the Church of St. Zaccaria to pray at the shrines of St. John the Forerunner’s father, the priest Zechariah, as well as those of St. Athanasius the Apostolic. Venice is rich in relics of the saints, those of St. Mark having been stolen from Alexandria by Venetian merchants in 828, although a portion of the relics were returned to Pope Kyrillos VI by Pope Paul VI of Rome. Similarly in 1973 Pope Paul sent a portion of the relics of St. Athanasius to the late Pope Shenouda III in a fraternal gesture. The party ended their tour on foot at the Cathedral of St. Pietro in Castello, where they viewed the ancient throne of St. Peter, which had originally stood in Antioch. In the late afternoon they visited the site of the new Cathedral in Campalto, just outside the ancient city of Venice, where they joined Bishop Kyrillos and prayed for the successful completion of the work. 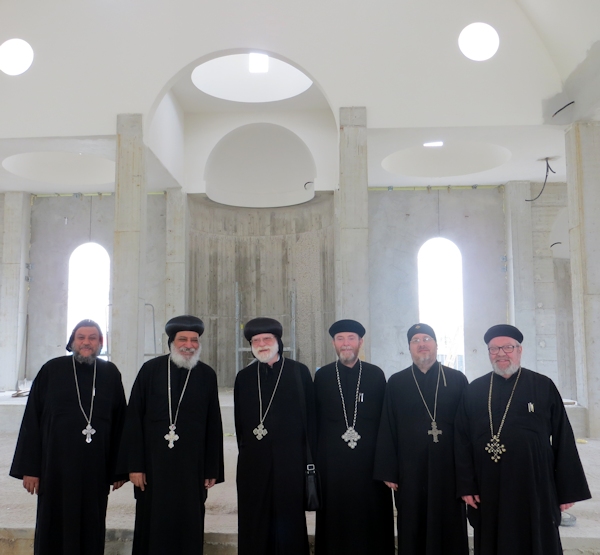 Returning to Milan on 25 April they lunched with Salama Salama’s son, Tariq, and his wife Christina, who then accompanied them (with Father Raffaele) to some of the significant sites in the city. As it was Independence Day in Italy, the streets were very busy with holiday makers and marchers. They prayed at the shrine of St. Ambrose, before visiting St. Maria dei Miracoli, the Duomo and the Basilica of St. Babila, named after St. Babylas, Patriarch of Antioch, who was martyred in the Decian persecution of 254. 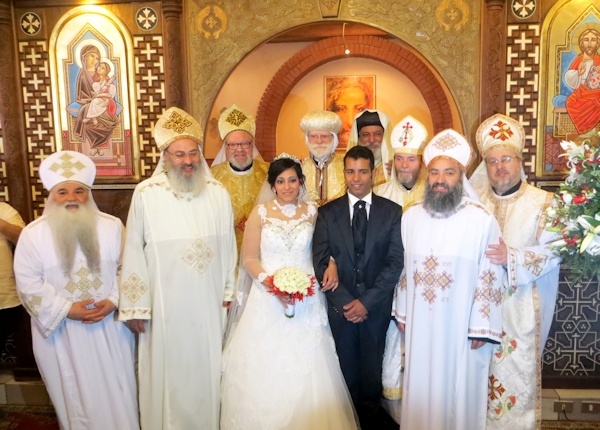 The following morning Abba Seraphim and his priests assisted Bishop Kyrillos perform the marriage of Shady and Guiliana, followed by St. Basil’s Liturgy. This was a fitting climax to a blessed retreat during which the bishops and clergy of the two dioceses shared many insights of their respective ministries and a profound sense of fraternal love which binds them together.