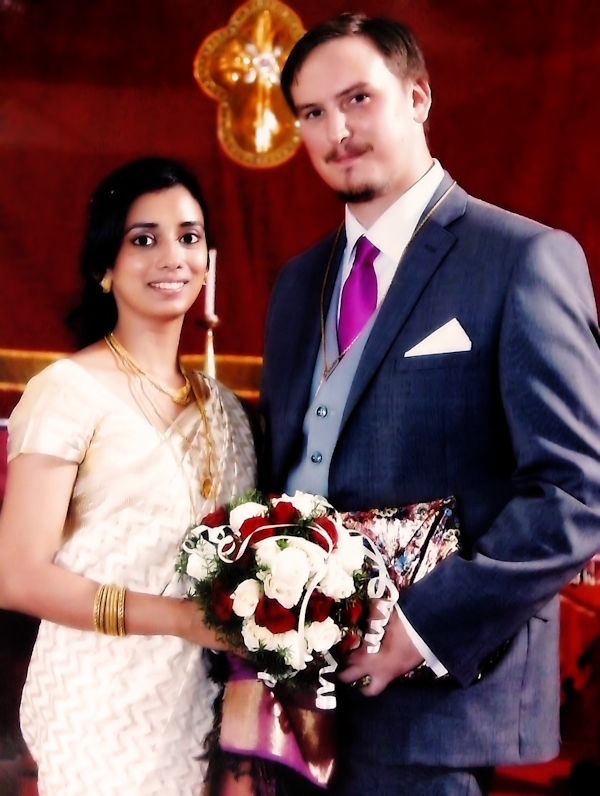 On 19 August Subdeacon Daniel and Janice were joined together in Holy Matrimony in Kerala. The service was performed by His Grace Gabriel Mar Gregorios, Bishop of Thiruvananthapuram (Trivandrum) in his Domestic Chapel at Aramana,  assisted by three of his priests and was conducted in both Malayalam and English in the presence of some 240 guests. On 16 August Daniel had an audience with His Holiness Baselios Mar Thoma Paulose II, Catholicos of the East, who gave them his blessing.

In his letter of greeting to Mar Gregorios, Abba Seraphim  had written, “The forthcoming wedding is a source of much pleasure to the clergy and faithful of the British Orthodox Church, not only because we have come to know and love Janice during her stay in the UK; but also because it symbolises the deep affection band respect with which the British Orthodox regard the venerable Orthodox Church of India, which has proved such a vibrant witness to our common faith, both here and in its homeland in Kerala.” 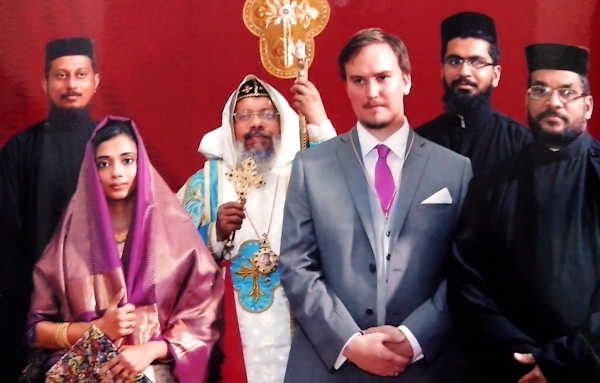