Another baptism at BOC Portsmouth Parish 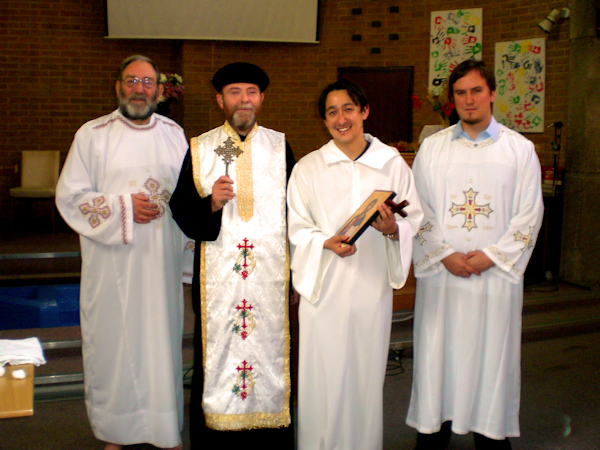 Edmund John Sihua Humphreys received the Holy Mysteries of Baptism, Chrismation and Holy Communion on Sunday, 2 October to become the latest communicant member of the British Orthodox Parish of Saint Mary the Mother of God and Saint Moses the Black, Portsmouth.  Edmund’s journey to Orthodoxy had begun several years previously during a visit to Moscow with an encounter with an icon in one the Russian Orthodox Kremlin Churches.  Although finding it difficult to articulate the experience to others (as is often the case with such personal spiritual moments) Edmund was prompted to seek further into Orthodox Christianity and thanks to the online British Orthodox Forum discovered the British Orthodox Church in the city of Portsmouth where he lives.  He has attended faithfully both in Portsmouth and Bournemouth, worshipping through one Holy Pascha as an enquirer and another as a catechumen, joining in the Bournemouth Weekend of Worship in 2010 and sharing the parish pilgrimage to Stevenage for the Oriental Orthodox Festival.  Not surprisingly, there was a good turn-out of Church members representing both the Portsmouth and Bournemouth congregations to support and welcome Edmund home to the Orthodox Church. 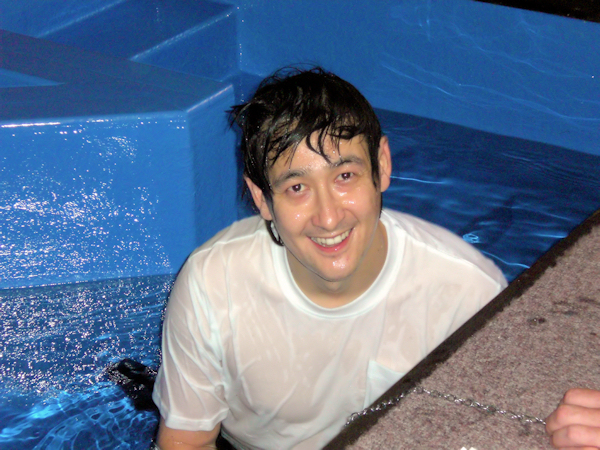