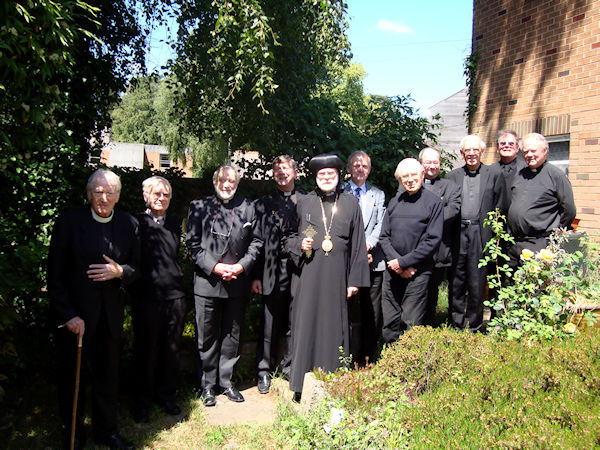 On 6 June Abba Seraphim addressed the St. Boniface Society,at the Catholic Chaplaincy of Exeter University, on the subject of “The Two Families of Orthodoxy. An Ecumenical Perspective.” After discussing the historical background to the division, tracing from the Council of Ephesus in 431 and the Second Council of Ephesus in 449 through to the Councils of Chalcedon (451) and Constantinople II (553); he examined the significant steps on the road to Unity, culminating in the meetings of the Joint Commission for Theological Dialogue between the Eastern and Oriental Orthodox Churches between 1985-1990 with suggestions about the Way Forward. The Society is a priestly fellowship of both Anglican and Catholic priests and holds Study Days and Lectures once a month.