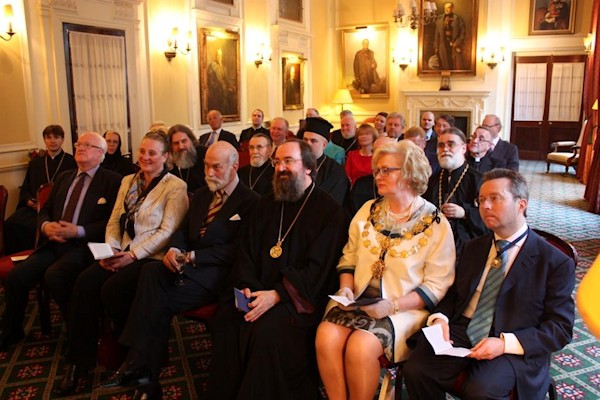 A Chopin Recital by Nelly Akopian-Tamarina, the distinguished Russian pianist, who studied at the Moscow Conservatoire under the legendary Alexander Boroisovich Goldenweise was followed by a celebratory dinner. Among the distinguished guests were H.R.H. Prince Michael of Kent, Archbishop Innokenty, the previous hierarch responsible for the Russian Orthodox Church in the British Isles, His Eminence Archbishop Gregorios of Thyateira and the Ambassadors of Belorussia and the Ukraine.

Father Peter offered congratulations to Archbishop Elisey on behalf of Abba Seraphim and the British Orthodox Church, and was especially pleased to be able to meet Father John Chapman, the Bishop of London’s Chaplain for International Churches, and Father Benedict Ramsden of the Russian Orthodox Church.