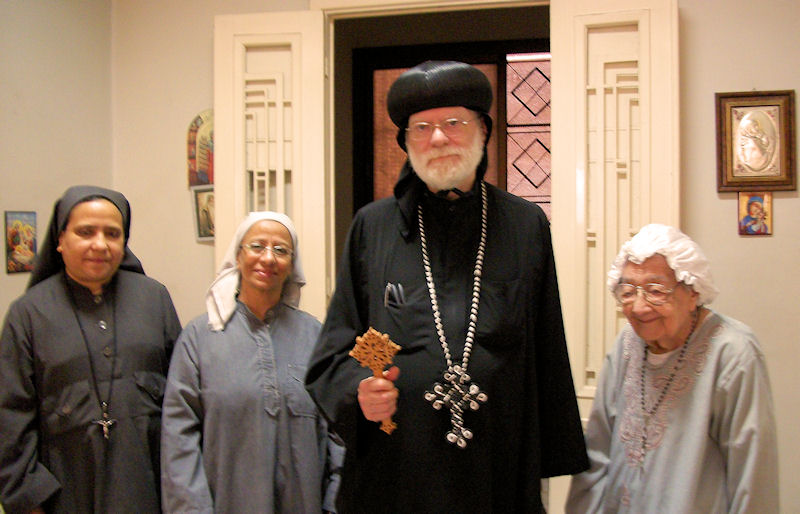 On his way to the airport on 24 May, Abba Seraphim called at the home of Miss Effa, one of the first deaconesses to be ordained by His Holiness Pope Shenouda III. Although now frail and elderly Miss Effa is a devout witness to the Orthodox faith and has donated her large house in Heliopolis to the church, which uses it to provide a home for Coptic Orthodox girls living away from home to study for their degrees in Cairo. A number of the students and the deaconesses who take care of them joined Miss Effa to greet Abba Seraphim.