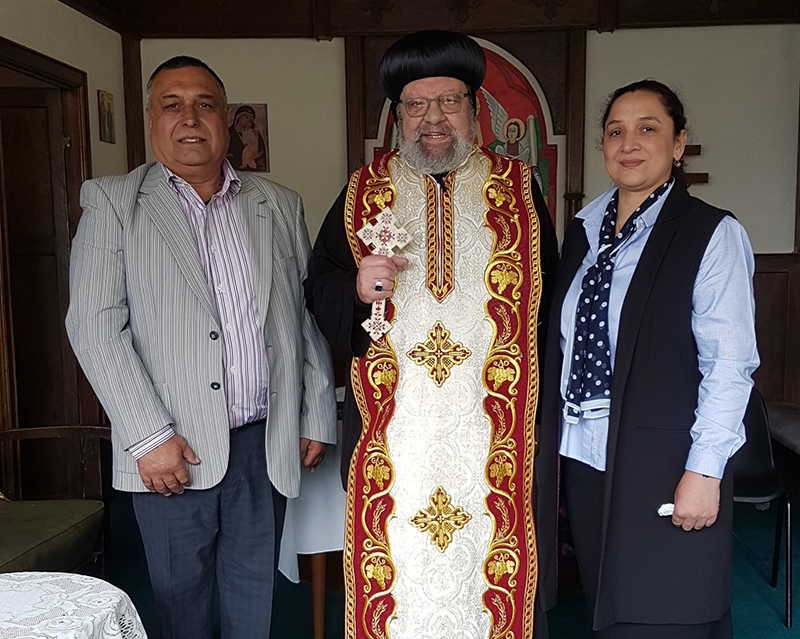 Sunday, 13 May was a special day at St Mark’s & St.Hubert’s Church in Cusworth. At Holy Pascha Abba David had ordained Vladimir Sandis Roze as a Reader in the Church. His parents were there, as they are most Sundays, even though they are Lutherans. When they first left Latvia for Moscow, where Sandis and his sister Santa (Maria in religion) were baptised as Orthodox in the Russian Orthodox Church, they began worshipping regularly in the Orthodox Church. They continued in this way at Cusworth and are well versed in Orthodoxy. Abba David, therefore, asked if they would like to become Orthodox and be able to share with us all in the Holy Eucharist. After explaining what would be required, Abba David received their reply that they would very much like this.

On Sunday 13 May and the Fifth Sunday in Pentecost, Janis (meaning John) Roze and his wife Liene (meaning Helena) were received by baptism & chrismation and received their First Communion. It is a blessing to have them in our Cusworth Orthodox family, along with their offspring, Vladimir and Maria. We pray that Our Lord will bless their new life as Orthodox Christians.