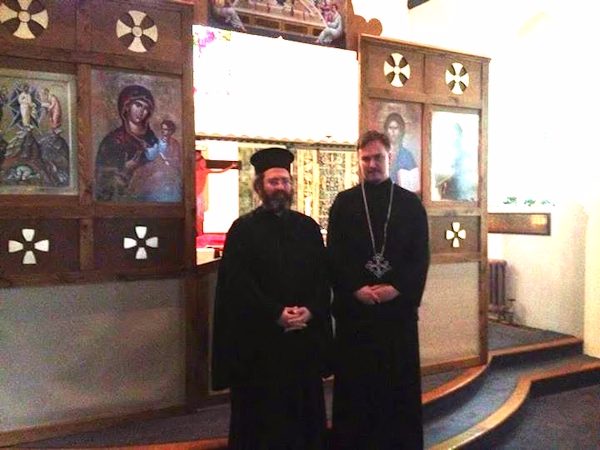 On Wednesday 11th June, Deacon Daniel spoke at Winchester University as part of the University’s Religious and Theological Studies Postgraduate Seminar. As a former student of the University’s Mth Orthodox Studies programme, he accepted the opportunity to present his research. The subject of his talk was ‘The development of the Papal Election system in the Coptic Orthodox Church,’ looking at the various influences which have influenced this system over the past two thousand years. The talk was well received and led to interesting discussions and observations on the Coptic Canonical tradition. Amongst other speakers were doctoral students and Father Nicholas Spencer of the Benedictine order, who spoke on the influence of Eastern Christian Mystical Theology on Medieval Western Christian thought. After the Seminar, the Orthodox students were invited for the Vespers service by Fr Andreas Andreopoulous of the Romanian Orthodox Church. This was followed by an address on ‘Ethics and Empathy’ by Lord Rowan Williams, former Archbishop of Canterbury.