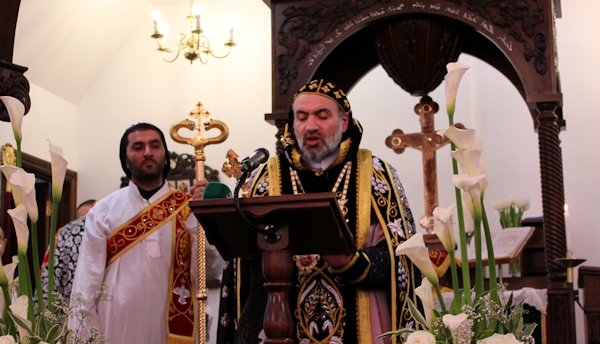 Ecumenical representatives attended a memorial service for the late Patriarch of Antioch, His Holiness Mar Ignatius Zakka I Iwas, held at the Syriac Orthodox Cathedral of St. Thomas in Acton, West London. His Eminence Archbishop Mar Athanasius Toma Dawod, presided, assisted by the priests and deacons of his diocese. Among the speakers were His Grace Bishop Vahan, Primate of the Armenian Orthodox Church in Great Britain & Ireland and President of the Council of Oriental Orthodox Churches. Abba Seraphim, Father Peter Farrington, Deacon Daniel Malyon and Subdeacon Trevor-James Maskery attended from the British Orthodox clergy in London. Archbishop Athanasius warmly welcomed all those who attended and spoke lovingly of the late Patriarch, like many, recalling with affection, his presence at the Cathedral in Acton when he consecrated it in July 2010. 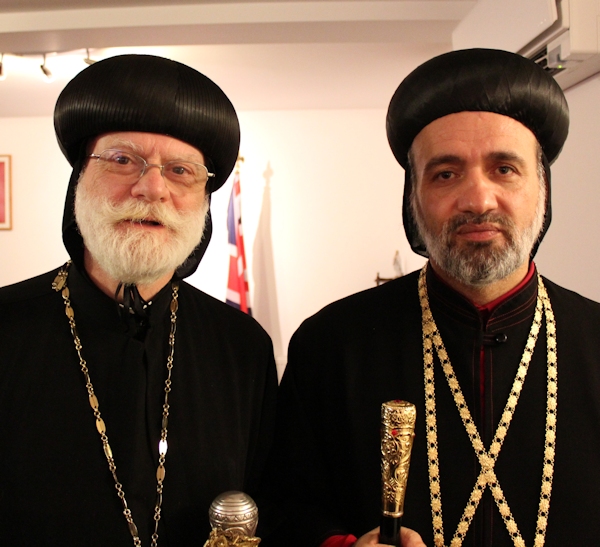