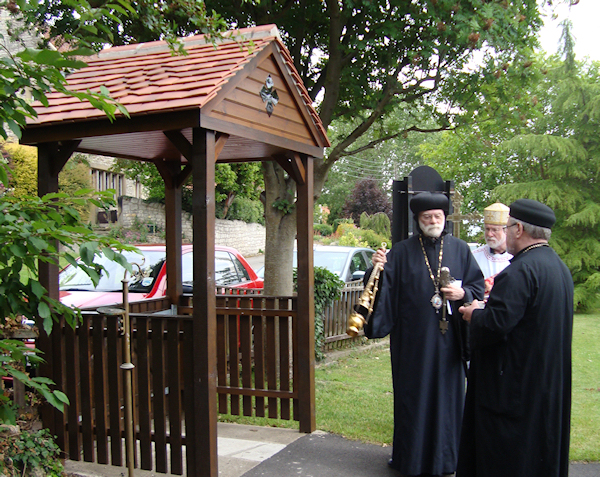 On 18 June Abba Seraphim, assisted by Fathers David Seeds and Gregory Tillett with Archdeacon Alexander Astill, dedicated a new lych gate at  St. Mark & St. Hubert’s Church, Cusworth, Doncaster, South Yorkshire. The previous lych gate, had fallen into disrepair after some forty-five years and the entrance to the churchyard was lacking its traditional gate. The new lych-gate, like its predecessor, was fashioned from seasoned hardwood and  built by a local carpenter but was roofed with traditional pantiles to match the church roof.

Lychgates  have a long tradition in Britain and there are several surviving examples from mediaeval times, though as they were traditionally constructed of wood this has meant that many have not survived the test of time. Having the design of a porch-style gateway into the churchyard the name derives from the the old-English word ‘lych’ meaning corpse, as it was here that the clergy met the corpse of the faithful departed and the bier rested while part of the burial service was read. The gate also served to shelter the pall-bearers while the bier was brought from the church during inclement weather.

Following the service a buffet lunch was provided in the Battie-Wrightson Memorial Hall and a time of fellowship was held. Abba Seraphim presided at the Raising of Evening Incense  at the Cusworth Church, during which Father Gregory,  gave an address, before his party travelled on to King’s Lynn where Abba Seraphim celebrated the Liturgy at St. Felix, Babingley, on Sunday, 19 June. 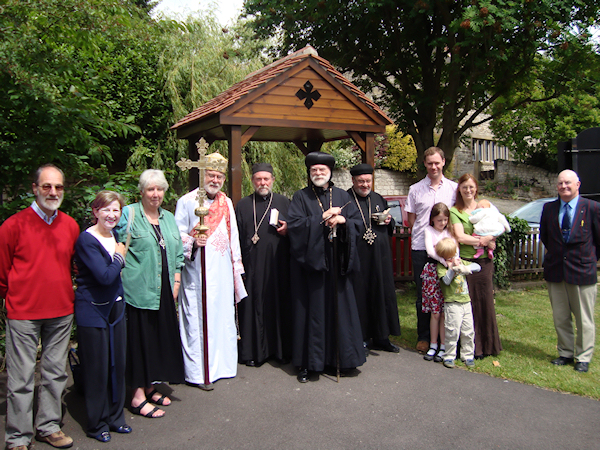