The little known Brahmavar Orthodox Community deserves a very special status in the history of the Malankara Orthodox Church. The Indian Church which for centuries had been confined within the boundaries of Kerala obtained a national outreach when the former Roman Catholic Priest, Antonio Francisco Xavier Alvarez  1836-1923 and his community united with the Mother Orthodox Church and he received episcopal consecration as Metropolitan of the Diocese of Ceylon, Goa and India (Malabar excluded).

Brahmavar is a small town located in the Uduppi Taluk in the State of Karnataka in India. The town is 13 kilometres away form Uduppi and is surrounded by the Kalliyanpur River. In the year 1678 a Roman Catholic Church (S.t Milagaris) was established in Brahmavar by the Padroado Missionaries who were under the authority of the Portuguese queen. The Church was destroyed by Tippu Sultan in 1784, but was reconstructed in 1806.

In 1886 a Concordat was signed between the Papacy and the Portuguese King by which St. Milagiris Church of Brahmavar became part of the Propaganda Community. Brahmavar Christians petitioned both the Pope and the Portuguese King to reconsider the decision, but Rome did not reply favorably. ‘The Peace pact cannot be altered for three or four fishermen in Goa or for some drunkards and trouble makers in Kalliyanpuri’. The response from Rome was not at all satisfactory and it was an insult to the entire Brahmavar Christians. As a result the members of St. Milagiris Church, under the leadership of Father R. L. Nuronah, protested against the Roman Catholic hierarchy.

In December 1889 Fr. Alvarez travelled Mangalore. He understood the real situation in Brahmavar and organised the discontented believers. A new Church was built for them in Brahmavar. Fr Nuronah was influenced by Fr Alvarez and he was very well attracted towards the teachings of the Orthodox Church. Fr. Nuronah was given the leadership of the Brahmavar Orthodox Church, which had a membership of 4,000 families. In the year 1889 on Easter Day Fr. Nuronah celebrated the Holy Mass in the newly built Orthodox Church.

A former Roman Catholic Priest who joined the Indian Orthodox Church, Fr. Alvarez was consecrated as Metropolitan by authority of the Patriarch of Antioch Father Alvarez was the first person to reunite with the Orthodox Church from the Roman Catholic Latin Rite in India. Metropolitan Alvarez was very much persecuted by the Roman Catholics. He devoted most of life serving leprosy patients and poor sections of society but he also fought a brave war to protect the Orthodox faith irrespective of the cruelty inflicted on him and his followers by the Roman Church. Sadly he died in reduced circumstances and was buried in one of the Municipal Graveyard in Panaji (Goa) without receiving either  an Orthodox Christian funeral or the traditional burial accorded to an Orthodox prelate, on account of Roman persecution. Today he is regarded as the Hero of the Reunion Movement in India Later his relics were recovered and moved to St Mary’s Orthodox Church in Panaji in 1979 under the direction of His Holiness Mar Thoma Matthews I, Catholicos of the East.

Padre Nuronah was born in 1850. After completing basic education he joined the Rachol Royal Seminary in Goa, having been awarded a scholarship. After completing his seminary education he was ordained a Roman Catholic priest on 12 March 1881 by Bishop Thomas De Almeda. He served as the assistant vicar of Salvador De Monte Church. Later Father Nurorah became the Vicar of Panaji Ribandr Church and finally reached Brahmavar, where he was united with the Orthodox Church.

Padre Nuronah was a multi functional personality. He was a great educator, a spiritual father, writer, and social reformer. Joining the Orthodox Church gave Padre Nuronah great trouble. He was always threatened by the Roman Catholic Church but he was very much loved by the Brahmavar residents. He was very particular and strict about the Orthodox faith, especially the prayers and sacraments. He encouraged many people to participate in prayers through house visits. On many occasions the Catholic Church tried to entice Brahmavar Orthodox Christians to join the Roman Church by offering them rosaries, pictures of saints and other valuable gifts, but Padre Nuronah successfully blocked all Roman attempts and confirmed his faithful in the Orthodox faith.

He wrote a total of eight books of which five are still available: The Hidden Treasure, Mor Julius Alvarez (1929), Mutual Differences (1930), Syrian Catholics and Roman Catholics Compared (1934), A History of Rome (1934). In his books Padre Nuronah publicly challenged the Roman Catholics and biblically proved that St. Peter never reached Rome nor ever founded the Church in Rome and he emphatically denied that St. Peter established his throne (Eee) in Rome. He also challenged the Catholics to pay 500 rupees (which was a a considerable amount then) or prove that he was wrong and declared that he would definitely return to the Roman Church if they could prove him wrong, but no one took up his challenge.

He showed great vision in establishing educational institutions, founding the Cosmopolitan School as the first basic educational institution in Brahmavar. The School attracted many students irrespective of caste, creed or sex. Padre Nuronah provided great relief for many people who suffered from different kinds of diseases and treated many people, providing them with food and shelter. Hundreds found relief under his care.

Towards the end of his life he suffered from diabetes. He was persecuted by the Roman Catholic community which tried to force him back to the Roman Church. They even obtained an order from the local authorities to admit him to the nearest hospital, a suspicious admission which might have jeopardised his life. Providentially the timely intervention by Fr. P. G. Varghese saved him from the cruel hands of Roman Catholics, whilst the District Collector Humayun made an order in which he effectively blocked the Roman Catholics from entering the Brahmavar Church.

Two years before his death it is recorded that a cross appeared on his back and on 23 July 1936 Padre R. L. Nuronah gave his last breath. He was buried at St Mary’s Orthodox Cathedral in Brahmawar. It is reported that a large number of people, especially non-Christians, have received blessings by his intercession after his death and even today thousands still seek favours at his tomb.  He is regarded as the Unsung Hero of the Reunion Movement and for the Brahmavarians, he is a saint who intercedes to God for the well being of their entire community.

Initially the missionary activities of Metropolitan Mor Julius Alvarez gained a large number of members for the Orthodox Church in places like Goa, Brahmavar, Mangalore, Tangavoor, Dindigal, Tiruchirappalli and Ceylon, but a lack of proper care from the Church hierarchy resulted in the gradual disintegration of these communities. Today there are around 850 Orthodox Christian families surviving in Brahmavar, largely due to the dynamic leadership of Padre Nuronah.

Alongside Padre Nuronah, the community was also faithfully served by priests such as Fr. P. G. Koshy (1890-1935), Fr. K. K. Kuriakos (1904-1986), Fr. K. T. Varghese (1912-1986), and Fr Damian. These priests completely devoted their skills, time and energy for the growth of Brahmavar Communit and acted as strong bridges of communication between the Malankara Orthodox Church and the Brahmavar Orthodox Christians. Their hard work helped Orthodoxy to survive in Brahmavar. The present Cathedral (St Mary’s Syrian Cathedral) was rebuilt during the times of Fr P. G. Koshy.

In 1986 Very Rev Archimandrite Dr. N. J. Thomas was installed as the Vicar General of the Brahmavar Orthodox community. The next two decades were considered to be the golden era of this community. He introduced the celebration of the East Syrian liturgy for all Sundays, whereas earlier it had been celebrated only once in a month. The liturgical services were held in the Latin Rite with its Konkini and Kannada translations. Though many were hesitant to accept this change in the beginning, later the entire community accepted the beauty of the Eastern Liturgy and prayers. Konkini is the local language and Kannda is the regional language. Hieromonk G. M. Scariah took over the administration of Brahmavar on the retirement of Archimandrite Dr. N J Thomas. He was succeeded as Vicar General  by Fr. Lawrence David Crasta but in 2010 the Holy Synod of the Malankara Orthodox Church elevated the Brahmavar Vicariate to the status of a Diocese of the Indian Church with His Grace Mor Elias Yacob (formerly Father V.M. James, Superior of Mount Horeb Ashraman at Sasthamkotta) as its Metropolitan.

Under the auspices of the OSC Educational Society, which serves as the Apex Body to deal with the general administration and management of funds, there is a SMS Degree College; two Cosmopolitan Higher Primary Schools; a SMS Pre-University College; a SMS English Medium School (State Syllabus) and a SMS English Medium School (CBSE). These institutions are well managed with high quality faculties and infrastructure facilities and are leading educational institutions in Brahmavar.

Brahmavar Orthodox Christians have a number of peculiar characteristics with regard to their culture, tradition, life style and prayer habits.There is no monthly subscription for Parish members. Along with the orthodox feasts (Perunnal), they also celebrate the memorial feast of Metropolitan Julius Alvarez (September 23) and Fr Nuronah ( July 23). All Orthodox prayers have been translated to Konkni and Kannda languaes. There are two feasts which are celebrated as part of the Latin tradition, Memorial service of All Saints (November 1) and memorial service of All Souls (November 2). The person who sponsors a major feast is known by the name ‘Sirginth’. He wore a special dress and carries an iron rode during the procession.

Following a visit by a delegation from the Orthodoxy Beyond Limits forum in November 2009 this report was submitted with a number of key resolutions was submitted to the Holy Episcopal Synod of the Indian Orthodox Church and was published online. It played a vital role in raising concerns about this neglected mission of the church and was instrumental in the re-establishment of a specific episcopal diocese for Brahhmavar after a gap of eighty-seven years.

[1] Subin Varghese is the Vice-Chairman of Orthodoxy Cognate PAGE (A Society For Orthodox Christian Unity & Faith), formerly known as “Orthodoxy Beyond Limits” www.theorthodoxchurch.info 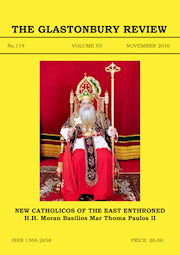